Nicked for talking with Russian 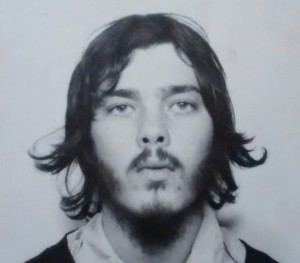 Hearing a few weeks back of an upper-intermediate level Chinese course organised by the Chopsticks Club, I made arrangements to attend a ‘taster’ session. This taster confirmed the class as being the right level for me, and so I decided to continue with the course for its remaining five sessions. Homework for the following class was to prepare a story to tell in Mandarin, thus I was motivated to do something I’ve been neglecting in recent years – write at length in Chinese. The story I came up with was an episode from the time of the Queen’s silver jubilee. Around the time the Sex Pistols were getting arrested for performing ‘God Save the Queen’ on the Thames, I was nabbed for “talking to Russians”. Here’s the tale in Chinese and English: 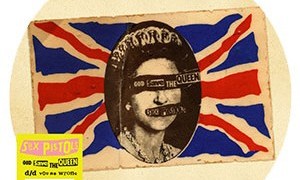 Maybe a visa is needed
When I was quite young I decided I needed to go to California. As I was concerned about the environment, I wanted to avoid flying, and so set to looking into a sea crossing of the Altantic. I found a Soviet passenger ship would soon be sailing from England to 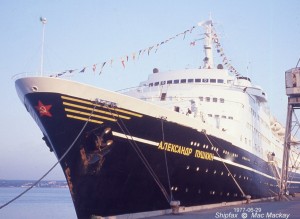 Canada, and wondered if, in consequence of its Soviet status, I’d need to get a visa for the Soviet Union prior to boarding.

Don’t talk to Russians !
A visa, eh! So I borrowed my sister’s bicycle to cycle to the Soviet embassy in central London, only to dicover on arrival that it was closed. What to do? Luckily, within a minute a man turned up, who proved to be a Russian. He told me that the embassy was shut, but perhaps he might be of assistance? He went on to explain that I wouldn’t need a visa to board the ship, just a ticket. As this guy left me, a policeman approached, and demanded “What are you doing?”
Having no trust in the police, I answered “Nothing to say.”
He said, “Fine, you’re under arrest.”
I asked, “On what charge?”
“Talking to Russians!”