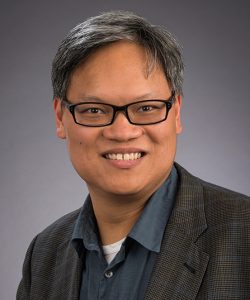 An event organised by the China Institute of the School of Oriental and African Studies (SOAS) I attended this month (November 2017) had San Diego University’s Victor Shih present his analysis of the consolidation of the power of Chinese premier Xi Jinping in the aftermath of the Chinese Communist Party (CCP)’s 19th national congress. Victor’s findings are as follows:
Xi Jinping (XJP) has made lots of arrests of people in very high positions of power, and he feels very confident. ‘XJP Thought’ has been incorporated into the constitution, and thus it has become unconstitutional to not agree with XJP.
Wang Xi Shen, XJP’s ally in the fight against corruption, has retired, and his supporters have been promoted. Wang Huning and Han Zheng have both been promoted to the Politburo’s seven man standing committee, but pose no threat to XJP as the former has no supporters of any note, and the latter has a very small network. The Central Committe is traditionally the pool from which members of the Politburo are selected, but XJP has picked four people who are not members of the Central Committee. The fourteen members of the Politburo are aged between 57 and 67 years; eleven of them are XJP supporters. 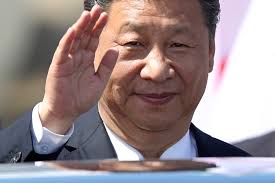 Questions taken from the floor elicited further information and comment:
XJP’s enemies? He has neutralised those he can see, but there is a potential threat from those he cannot see. People with an interest in wealth taken out of China could prove tricky.
XJP’s forked tongue? His “free trade” sounds dubious – he says one thing to international audiences, another to domestic ones.
Constitutional reform prospects? Not on the agenda. State socialism is solidly entrenched.
XJP’s motivation? As a ‘princeling’ he believes he is entitled – his father helped establish the PRC – and the CCP is the sole vehicle for the “great rejuvenation of China”.

Victor concluded his presentation with the suggestion there may be a threat to free speech for Chinese people outside of China by virtue of XJP’s resolve to have the CCP exert influence internationally. He said the

entrenchment of state socialism has in part been achieved through construction of bridges to nowhere, empty cities and unused airports. Whilst this work provides wages to keep the people happy, and consequently the CCP popular, it costs money, and so builds up government debt.

I have myself been somewhat stunned by the new, seventeen platformed railway station at Xining the capital of Qinghai province, on a railway with only one line coming in from the east and two going out westward. It is gratifying to have Victor confirm what I suspected, illustrated in my video shot a couple of years ago: