Canyon is the new mountain 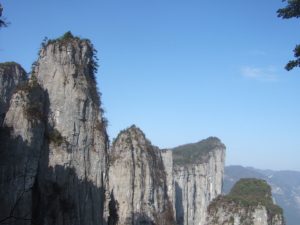 Bit of a cockup on the naming front regarding this mountain crest in central China. There is a canyon, but it is narrow, hardly ‘grand’. Close to the cablecar’s lower station, a path leads down into this fissure, but it is a paultry affair compared with the splendour awaiting at the top. 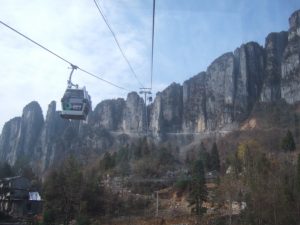 Enshi in southwest Hubei has a railway station and several bus stations, from one of which departs a Grand Canyon bound bus which arrives at the attraction in about an hour. The entry ticket includes a bus ride a fair way uphill, from where an hour’s climbing gets you to the cablecar’s upper station. Payment of the extra fee for the cable car saves you that effort. Several strenuous climbs are required for circumnavigating the trail, which from cable car upper station onward took Chris about four hours. 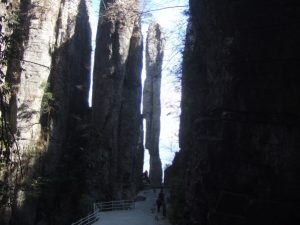 Attractions at this remote and peaceful tourist spot include the Surfing Pavilion, Stick of Incense rock formation, wonderful views and a descent on what could well be the world’s longest moving-staircase escalator. In addition, there is a good standard hotel on the trail.

After this short video of the cablecar ride, there is a slide-show. 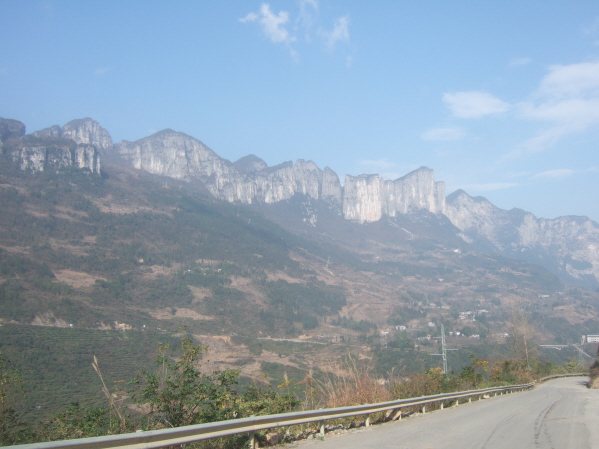 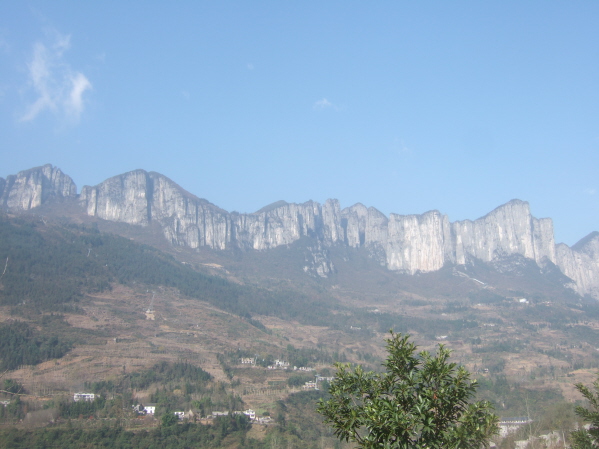 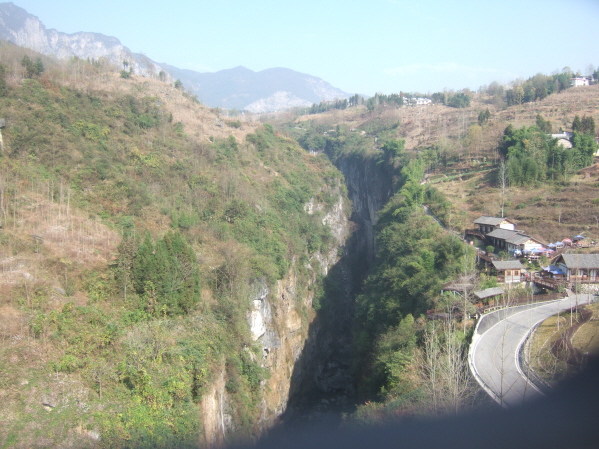 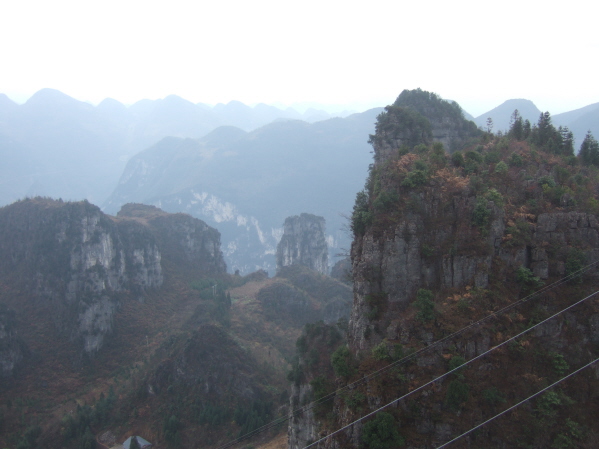 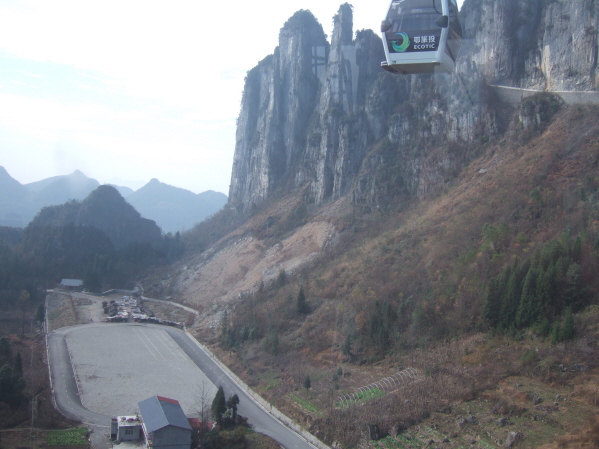 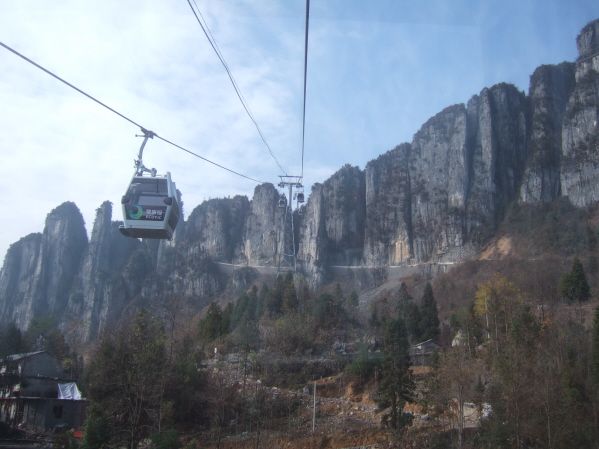 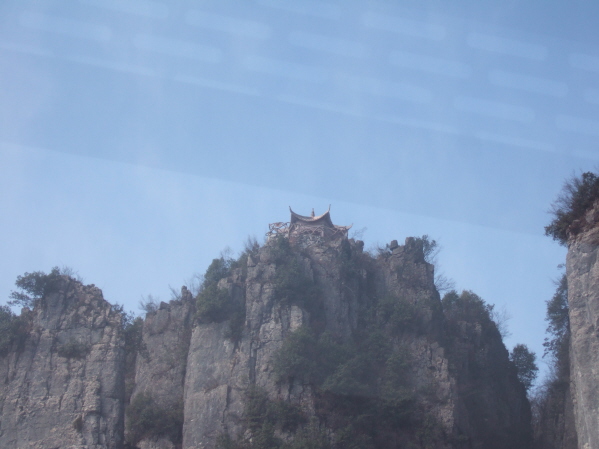 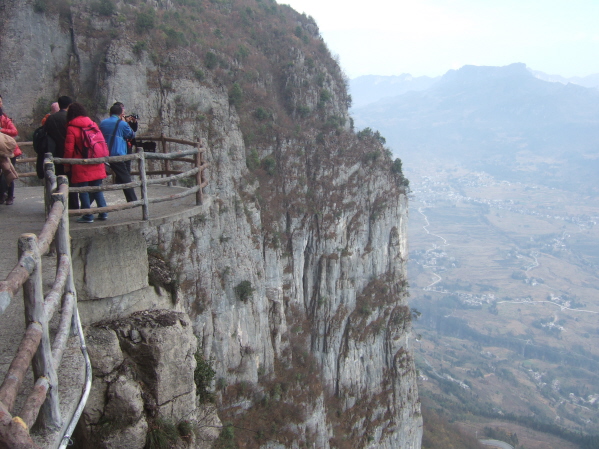 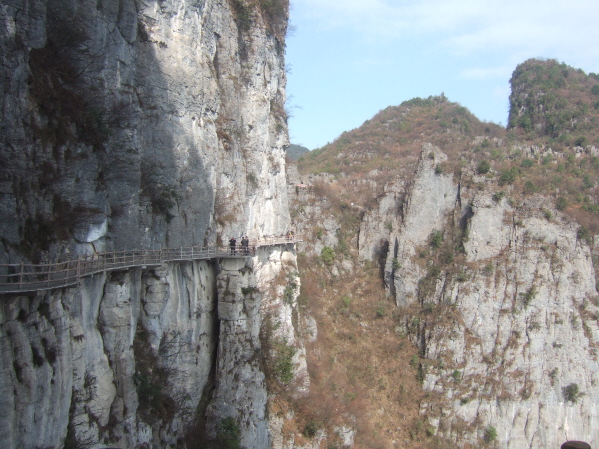 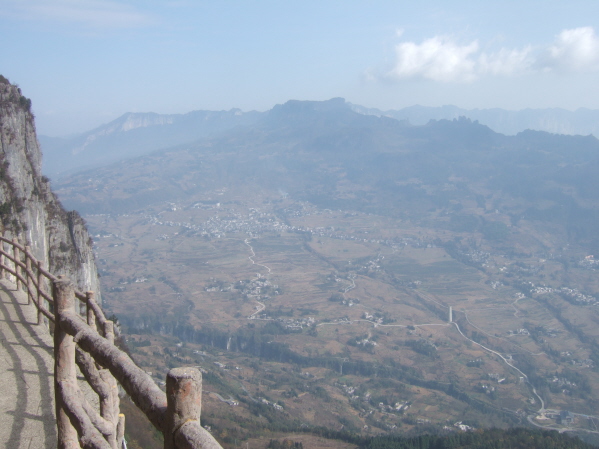 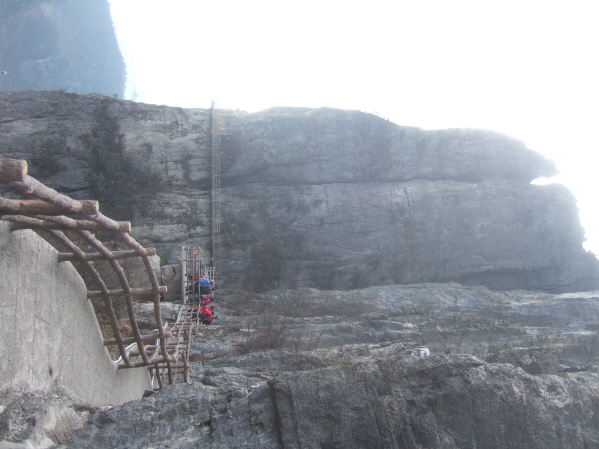 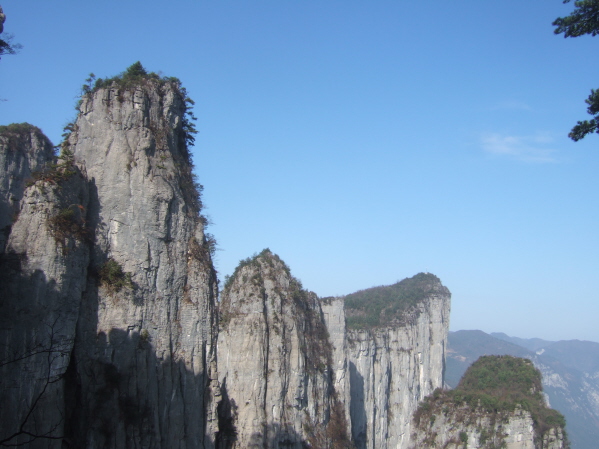 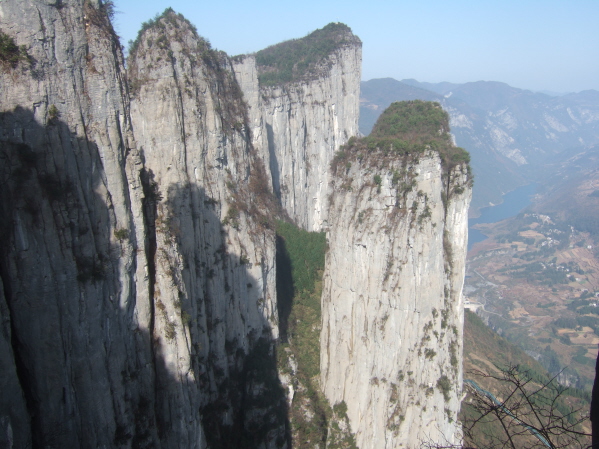 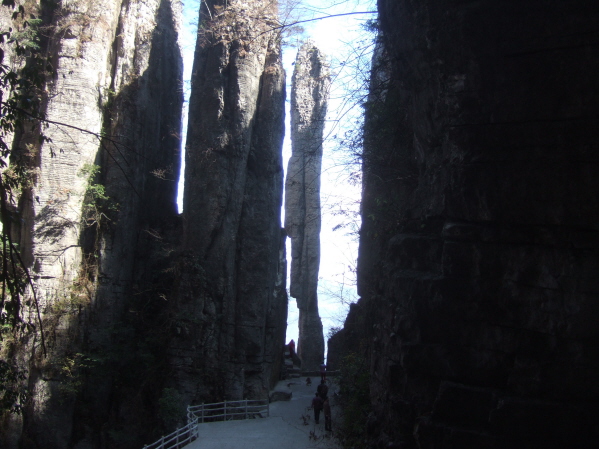 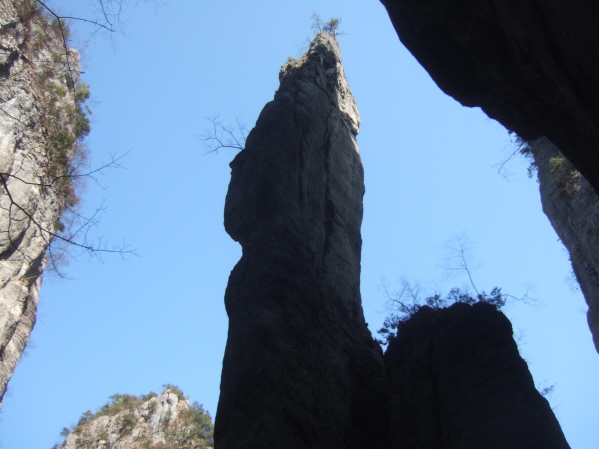 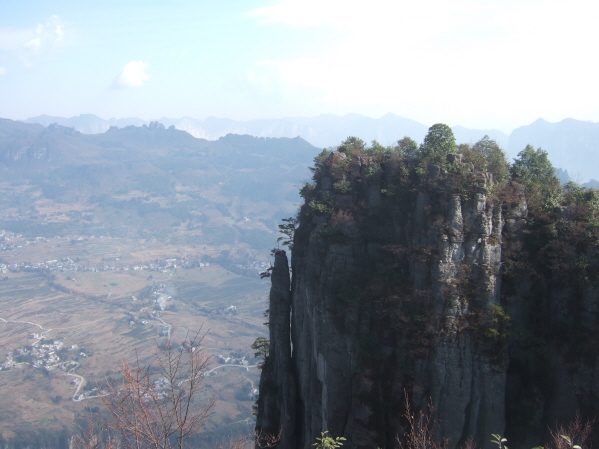 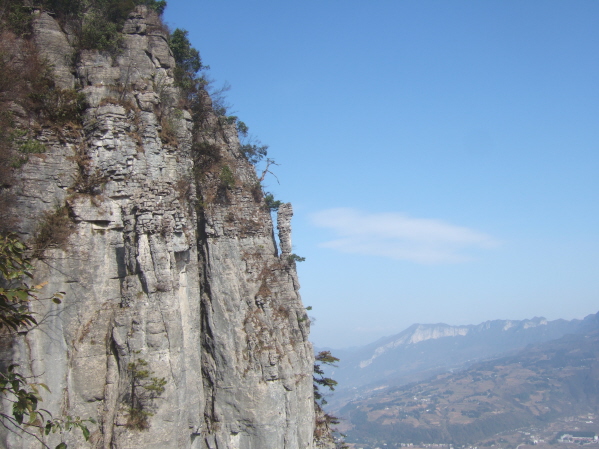 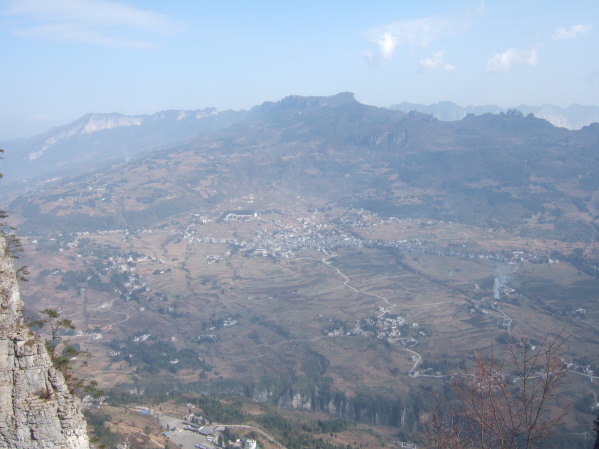 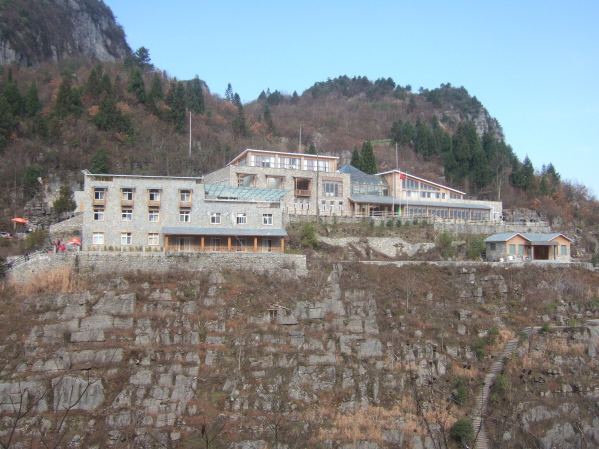