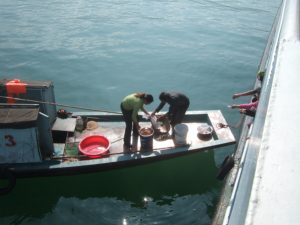 Departing from Wushan, the ‘Little Three Gorges’ cruise is an enjoyable day-long excursion up a tributary of the Yangste river. It includes such curiosities as suspended ‘iron coffins’, and holes in the sheer cliff-face bearing witness to an ancient plank walkway. Rock formations include ‘Fairy Maiden Cave’ and ‘Fairy Throwing a Silk Ball’. Whilst the ship is equipped with a kitchen dispensing hot snacks, some voyagers are keen to stock up with cooked shrimps supplied by folk aboard a small boat prior to departure.

Having passed through the ‘Little Gorges’, shipmates get to change from the one big vessel to several smaller ones, to venture up the ‘Mini Three Gorges’. 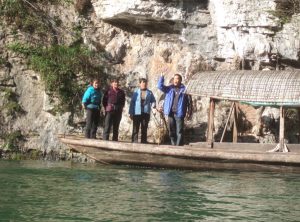 Entertainment includes a few bars of a one-stringed violin from a musician in a cave on the cliff, and a snatch of song from a quartette standing in a boat against the opposite cliff further along. 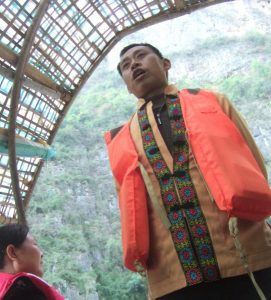 The main star of the show is our boat’s compere, whose speeches raise a chuckle here and there. There is also appreciation for the snatches of song he warbles.

Below is a slide-show of forteen photos. A caption will show when the cursor moves over each one. 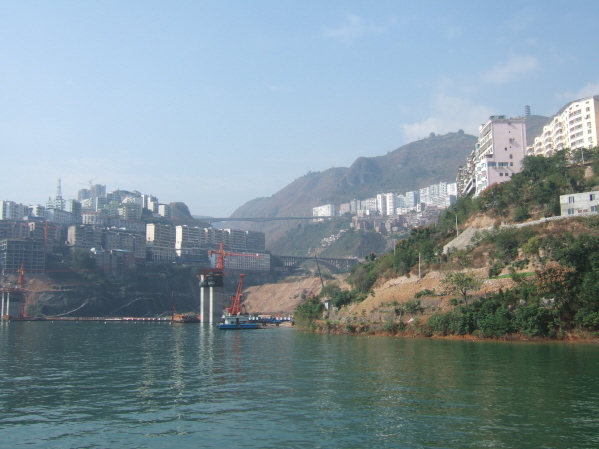 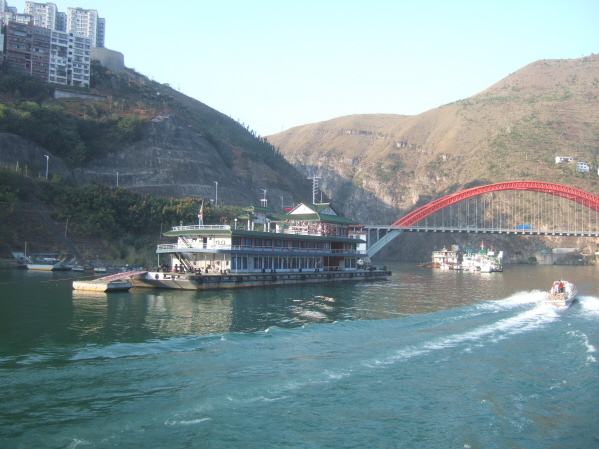 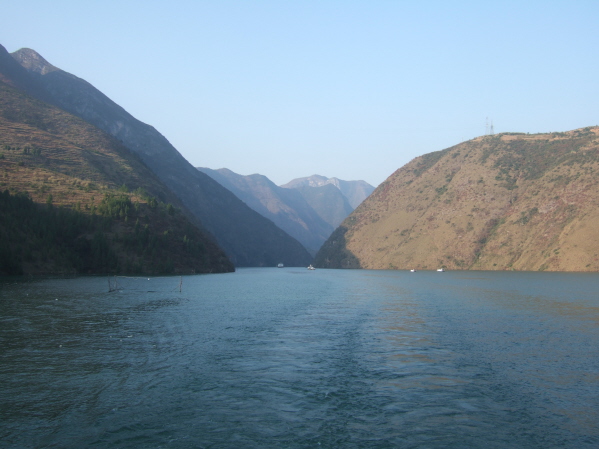 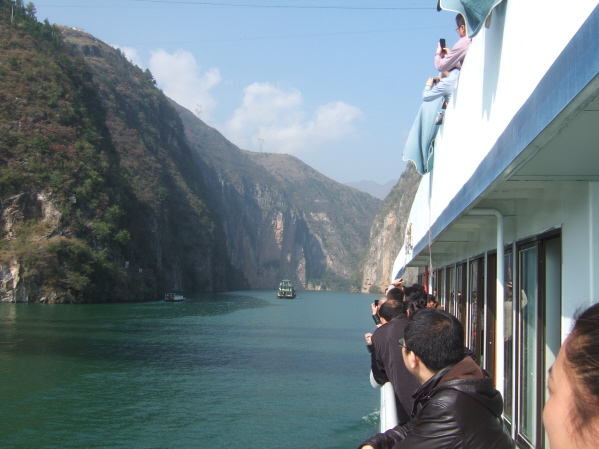 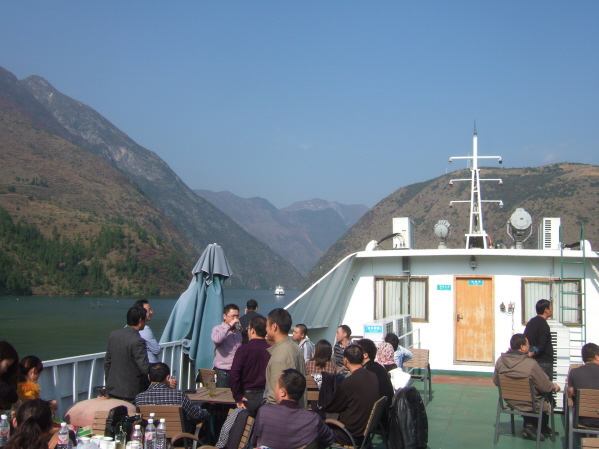 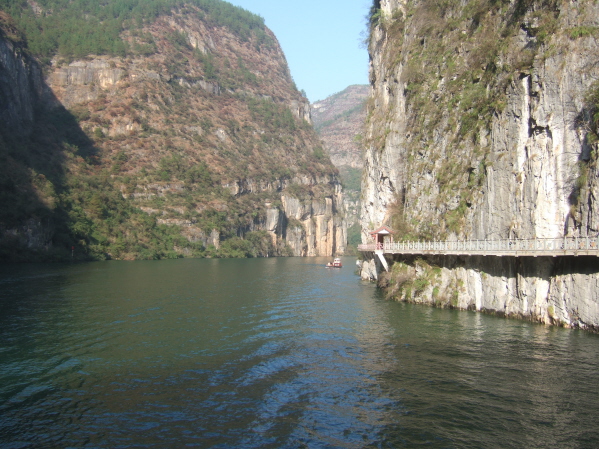 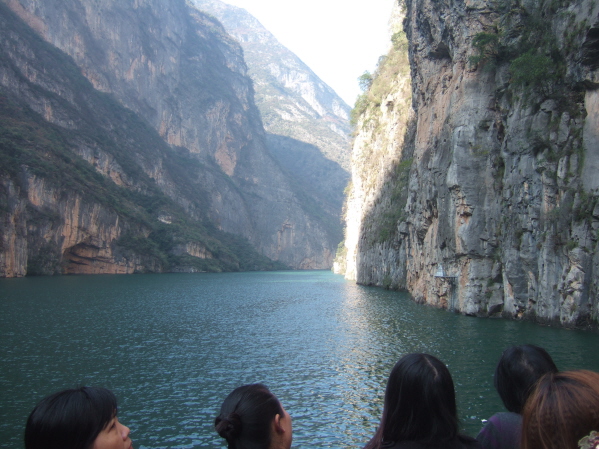 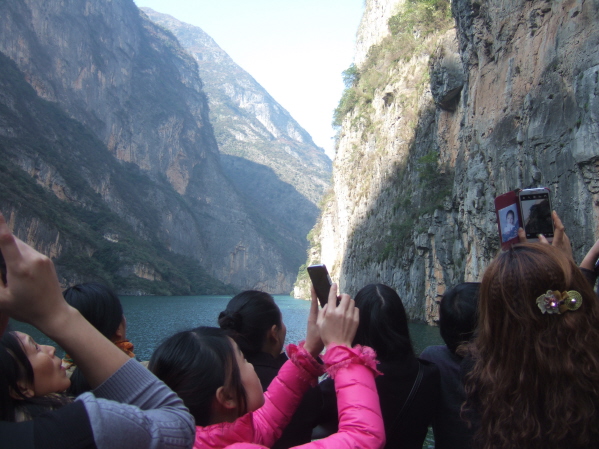 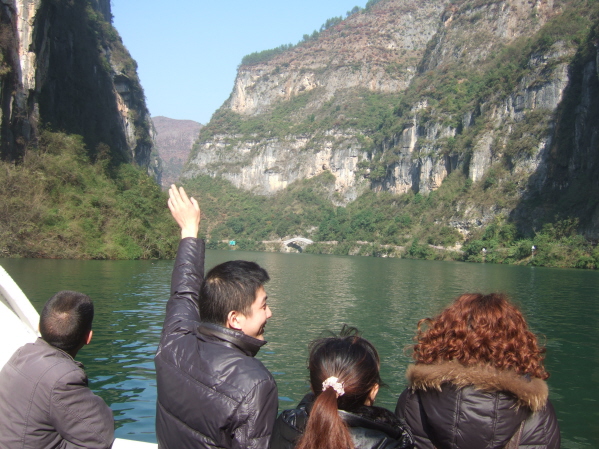 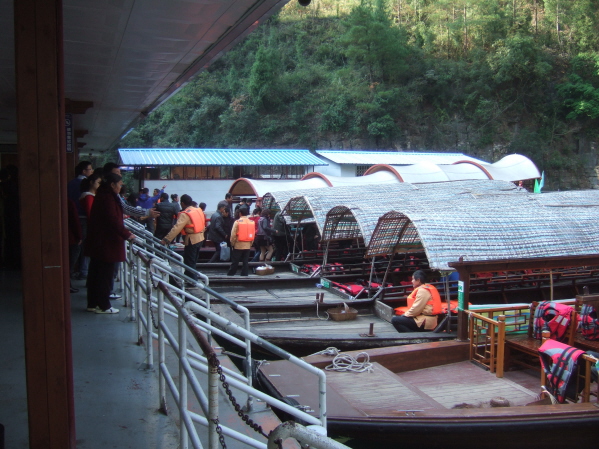 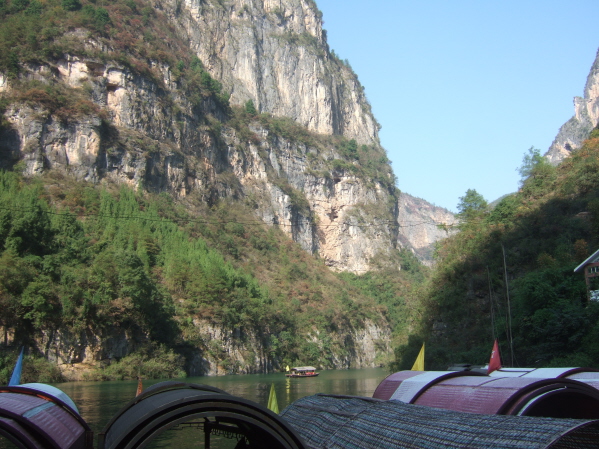 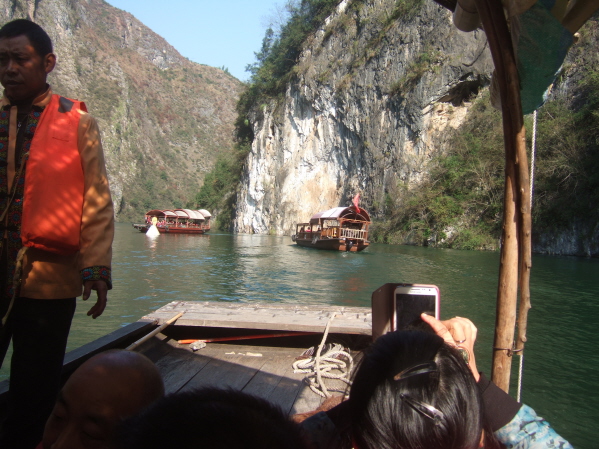 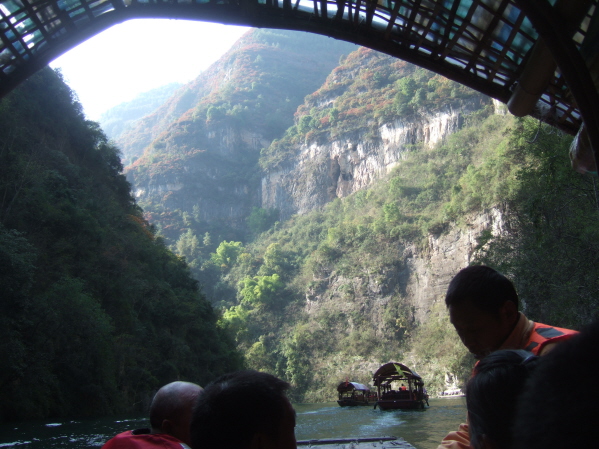 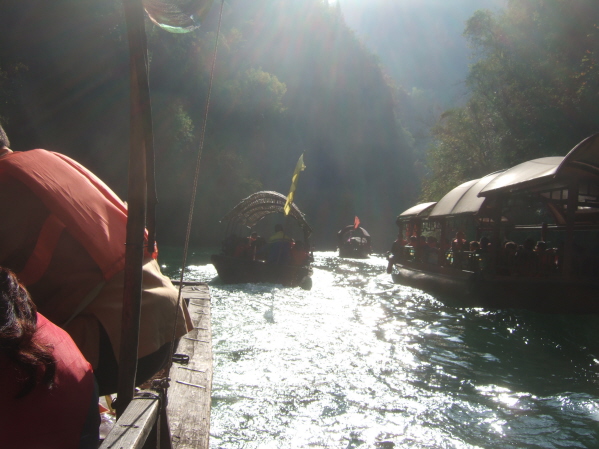 The above continues the story from ‘Gorges missed, viewed and compared‘

An hour’s journey up river, or by road on a bus from Wushan to Wanzhou, then it’s two hours on a train to Enshi, plus an hour on the bus to the Enshi Grand Canyon.