Home / Personal / Called to a shooting

Called to a shooting 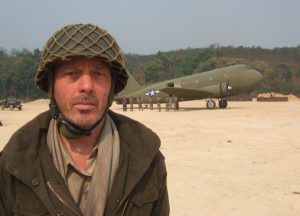 Called to a film shoot in the far south-west corner of China close to Burma, my acting pedigree had landed me a role as General Merril the leader of a special forces group operating behind Japanese lines in Burma in World War Two. 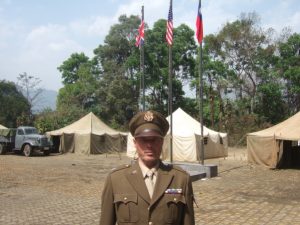 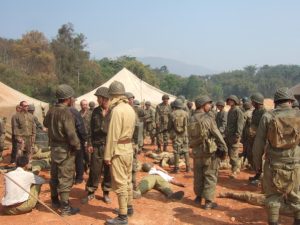 My character was subordinate to Field Marshall Stillwell played by an American guy long time resident in Beijing. He was filled with enormous self-confidence, possibly on account of the alcohol fumes he breathed in throughout shooting; these being given off by the prosthetic nose which took hours to build up onto his own nose every day prior to shooting.

Whilst not veering from the ‘Chinese good, Japanese bad’ idea, this film was to posit an alternative to mainland China’s other self-evident ‘Communists good, Nationalists bad’ tenet, in suggesting that there did exist the rare good Nationalist. Not that this innovation was to eclipse the essential ingredients – explosions, gunfire, fighting, killing and dying.

Below is a slideshow of eleven shaps of the shoot: 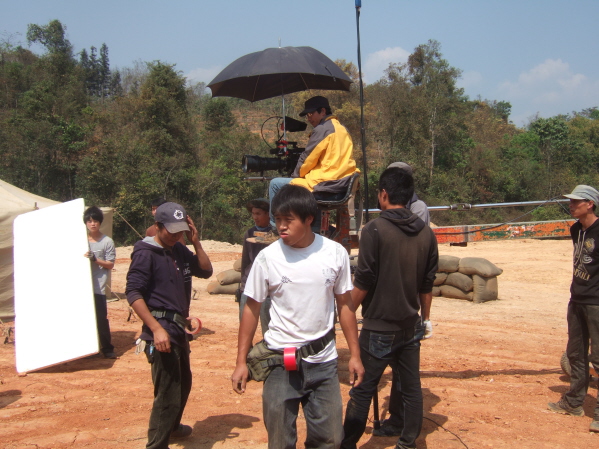 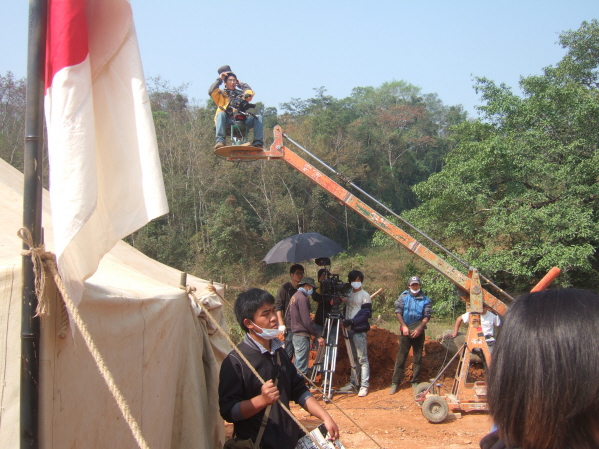 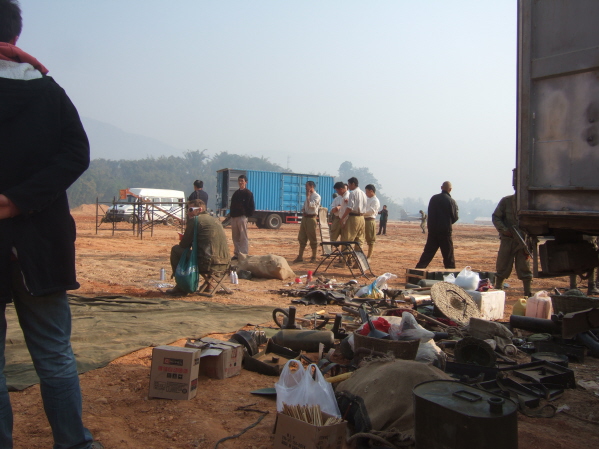 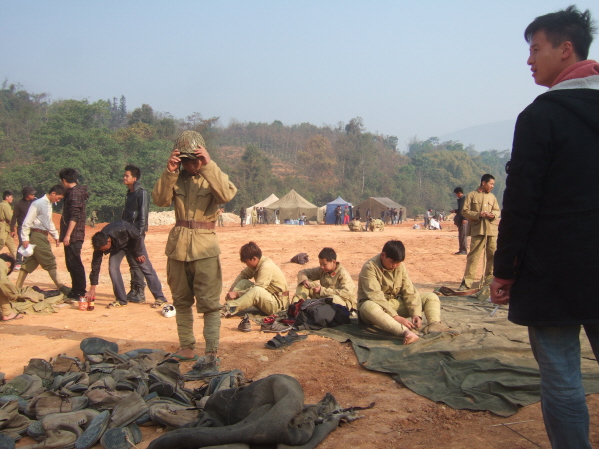 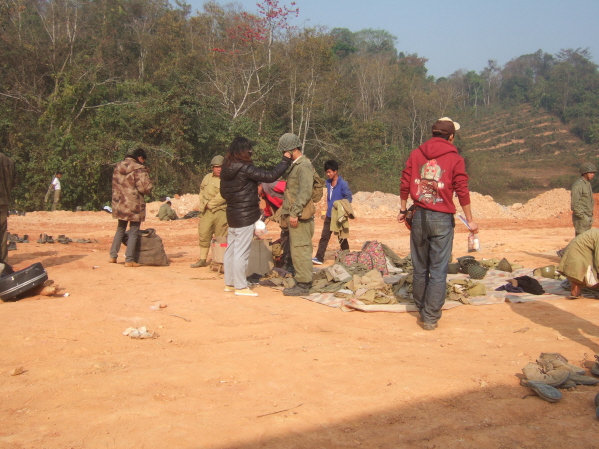 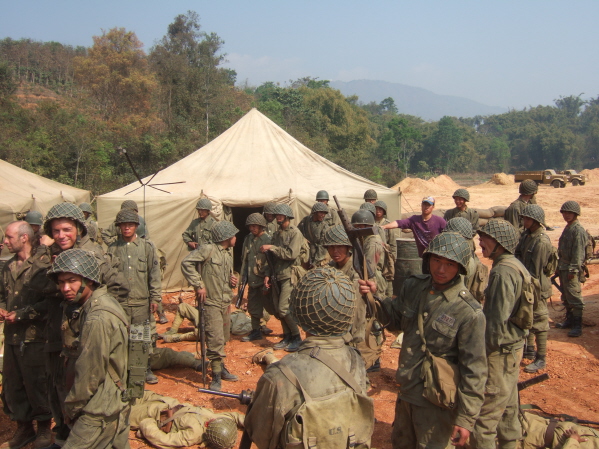 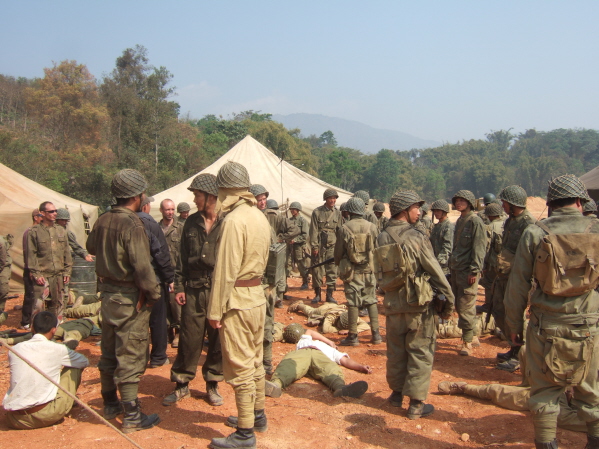 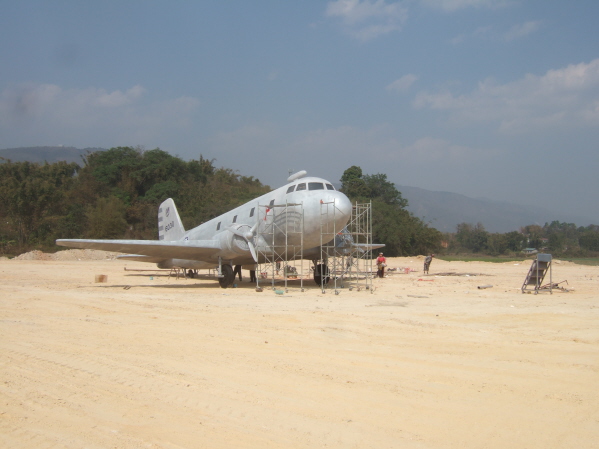 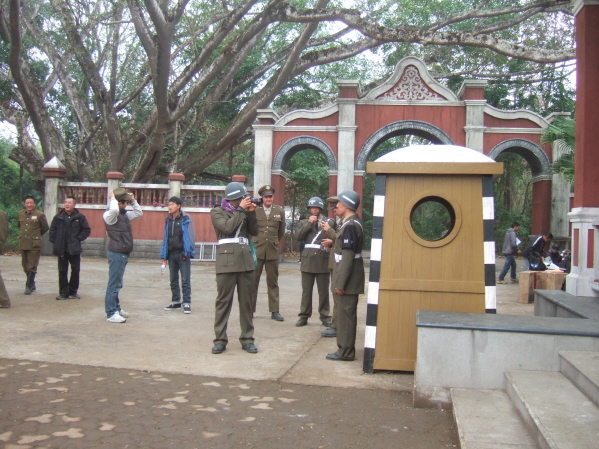 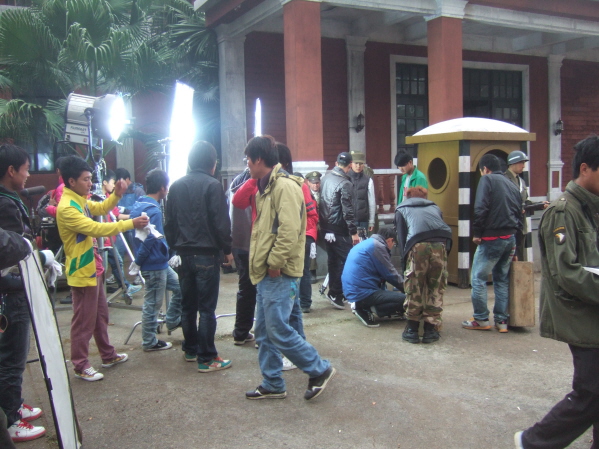 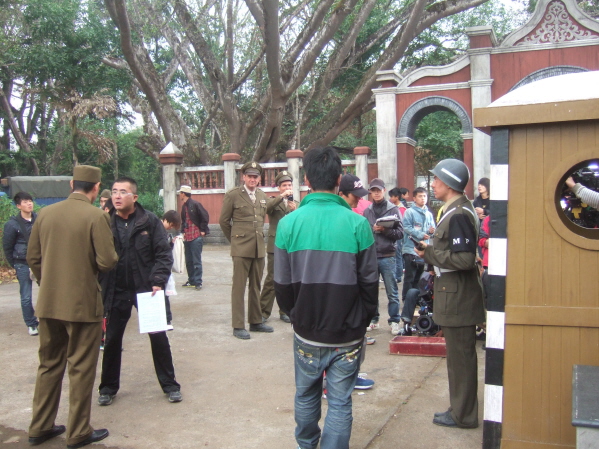