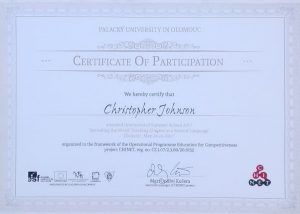 Three days of lectures about teaching Chinese, curtesy of Chinet, had me travel to Palacky university in Olomouc eastern Czech. My interest had been especially aroused when I learned that most of the presentations were to be given by staff from the university in Taiwan at which I studied twenty years ago.

The first session of each of the three days concerned perfecting Mandarin pronunciation. For this purpose the teacher recorded we participants speaking a short passage of Mandarin, and then demonstrated the use of two computer programs that analyse speech, and indicate how to improve pronunciation. One, named PRAAT is freely available for download , the other MyCT (my Chinese Tutor) is not so.

The afternoon lecture of the first day focused on ‘non-stress’ in Mandarin pronunciation. Hana Triskova of Palacky university explained that teachers emphasising teaching the four ‘tones’ of syllables spoken in Mandarin are in danger of ignoring the important fact that within a sentence only some syllables and words are pronounced with full enunciation of their tone/tones. Ignoring stress and non-stress in speaking Mandarin can produce robotic-sounding utterances, and these will not be readily understood by Mandarin-speaking listeners. 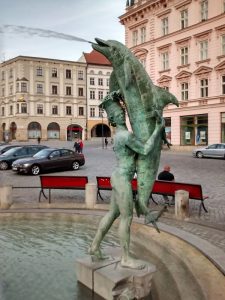 The grand, baroque architecture of this university city of Olomouc is a tourist draw. Amongst the city’s landmarks is one of the 1052 properties comprising Unesco’s World Heritage List – the Holy Trinity Column – “In the characteristic regional style known as Olomouc Baroque, it is the most outstanding example of a type of monument specific to central Europe. ”

Not really my cup of tea, I was more interested in the strange design of the figures within the Upper Square’s Arion fountain. One of them is a man with a dolphin; more appear in the slideshow of images below.

A caption for each of the ten images will appear when the cursor moves onto each. 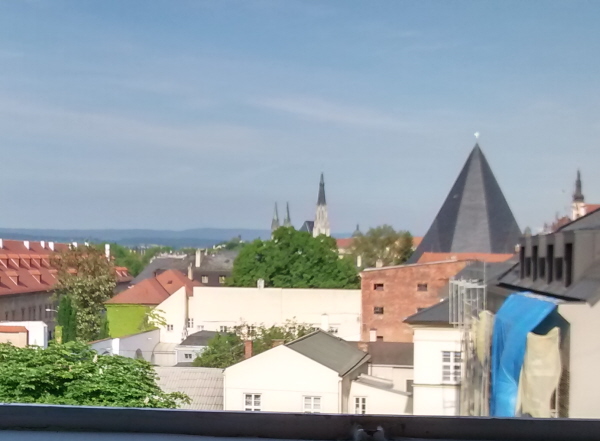 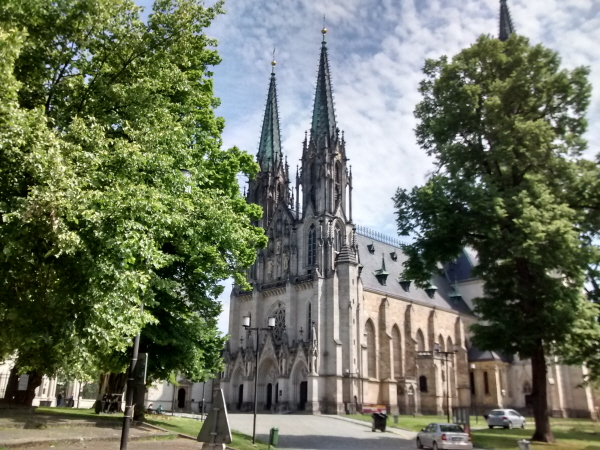 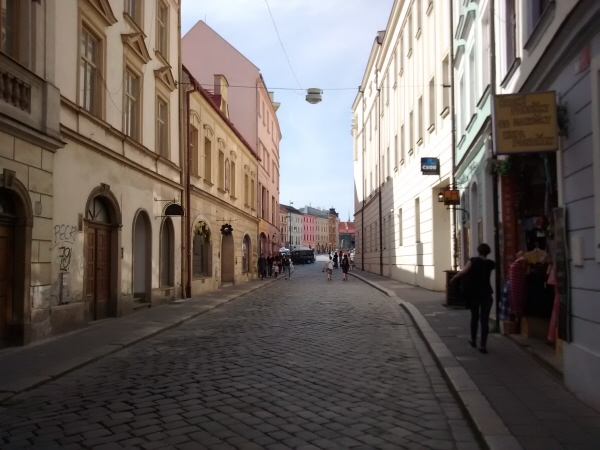 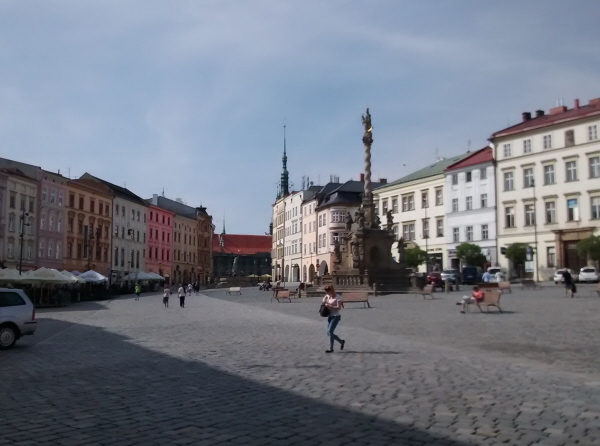 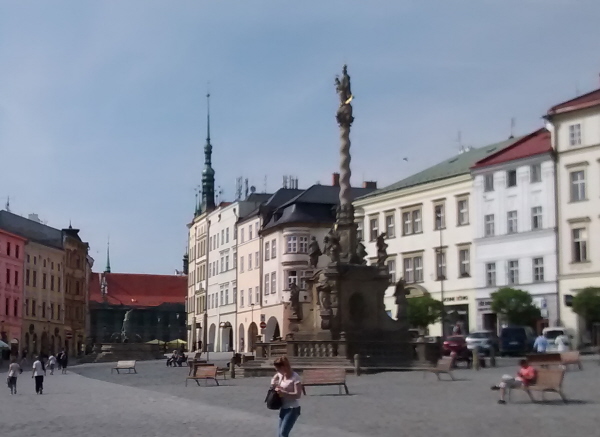 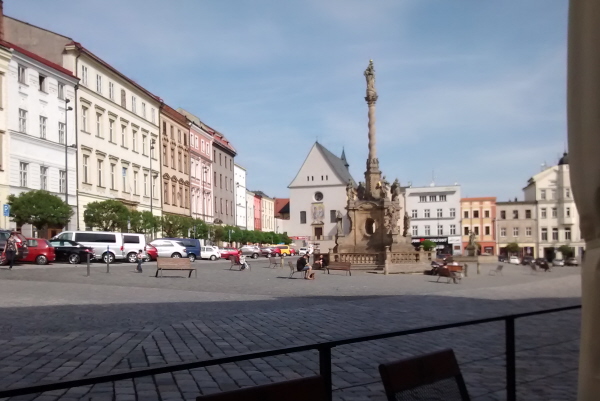 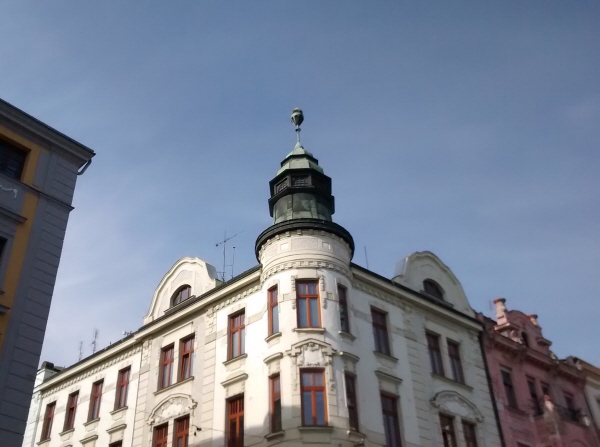 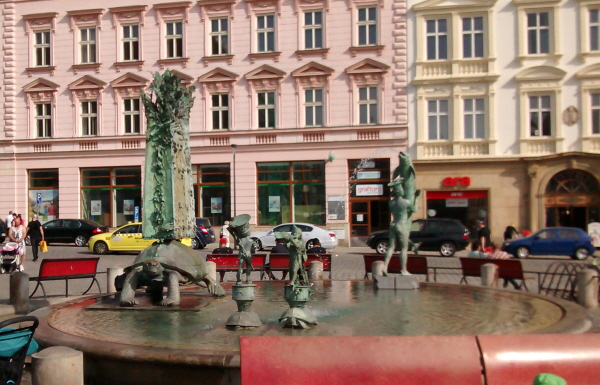 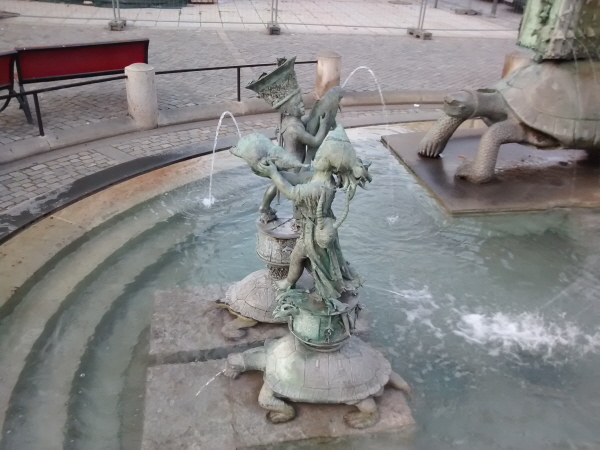 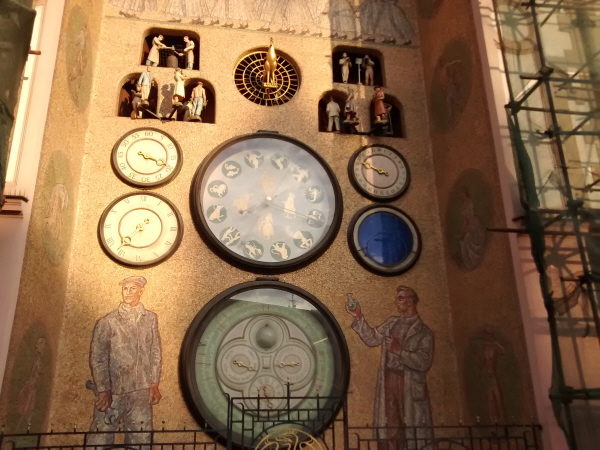