City with clean air in China ! 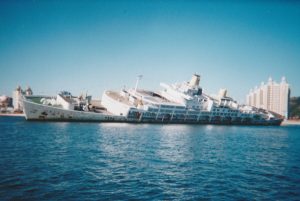 My first experience of a city on Mainland China was that of Weifang in east central Shandong. I was out of the place within 24 hours, not willing to tolerate the noxious quality of its air. Happily it proved easy enough to find a bus bound for Yantai on the province’s northern coast, and thence embark for an overnight cruise across the mouth of the Gulf of Bohai for a pre-dawn arrival in Dalian. 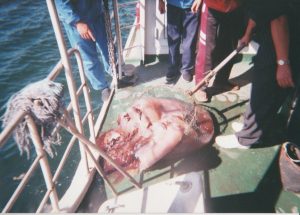 The southernmost city of Manchuria, Dalian is blessed with clean air and a comfortable climate in summer, but it gets decidedly nippy in December. It has old wooden-framed trams, and Russian architecture (reportedly now rapidiy disappearing) , whilst to the west of the city centre there is a pleasure ground area. Here bungee jumps from a platform perched high over the sea are one option, but I opted for the cruise along the coast, out to an islet and back, taking in a view of a semi-beached tilting ship. The crew’s landing a jellyfish was novel, I have since learned some consider the jelly a delicacy.

Engaged to teach at Neusoft university, I had a substantial amount of free time, much of which I whiled away wandering around the hills by the sea, and the mountain abutting the campus. Wandering – an innocent pursuit for me, but highly suspicious to others. 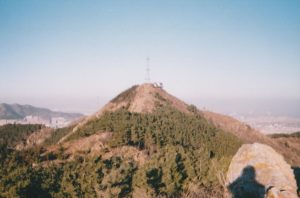 My first arrest arose after I had sauntered up a turn-off from the road through the seaside hills. ‘Breaching the security of a military installation’ may have been the charge, as the hills bristle with radio antenae looking out for foreign encroachment into the Gulf. Whatever my crime, I confessed (as you do in China), and so got away with no more than the inconvenience of an hour or two in military, then police, custody.