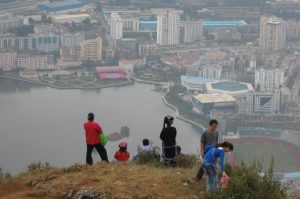 Southeastern Yunnan’s Honghe prefecture borders Vietnam, and is bisected by the Red river, from which the area gets its name HONG meaning ‘red’, and HE ‘river’. Aside from the narrow Red river valley, which is generally hot and tropical, this part of Yunnan has a comfortable climate and much very pleasant scenery – a place to which I’d happily make a return visit. One of its highlights is the city of Gejiu. 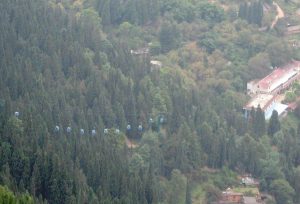 The ride to Gejiu took me around six hours on a reasonably clear road, having boarded the bus in eastern Yunnan’s largest town Qujing.

A climb that would take a couple of hours or so, but took me nearly five as I got a bit lost, brings you to a spot high above the town, with a marvellous view of Gejiu and its lake. Also visible are the blue pods of the chair-lift, which makes the ascent easier and quicker for those who know of its existence. 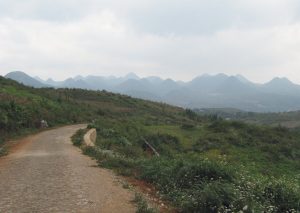 Gejiu is up in the mountains and lies on the tropic of cancer. Its latitude along with its altitude give it a more temperate climate and fresher air than most other places in China. An almost sheer cliff towers above the town and its central lake which is said to have almost magically arisen as a result of mining activity in the mid twentieth century.

Here’s a slideshow of eleven photos I took on this trip. A caption for each photo will show if you move the cursor/pointer onto it: 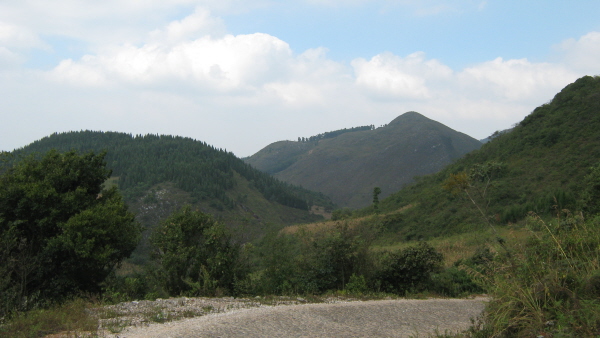 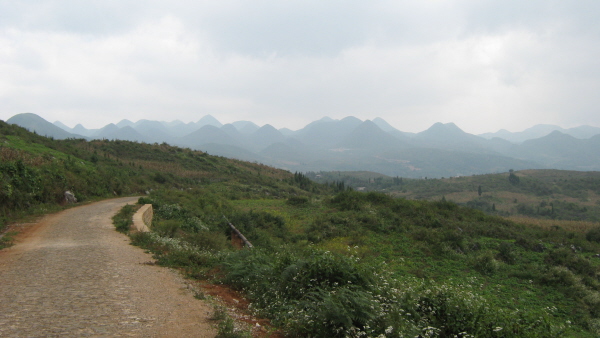 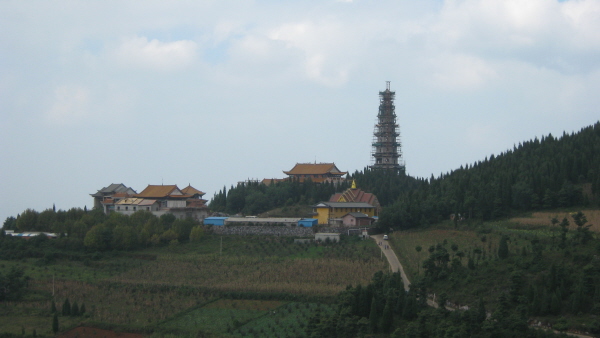 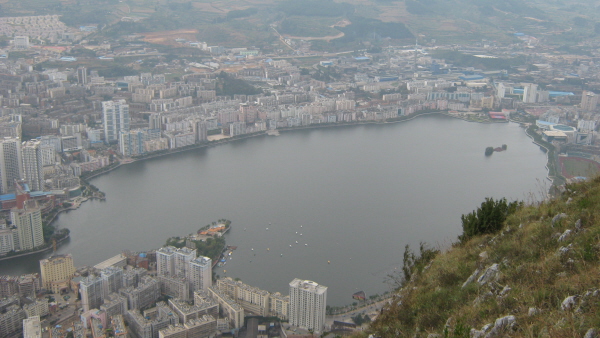 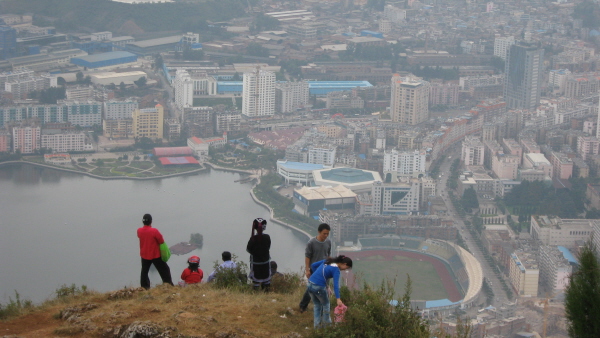 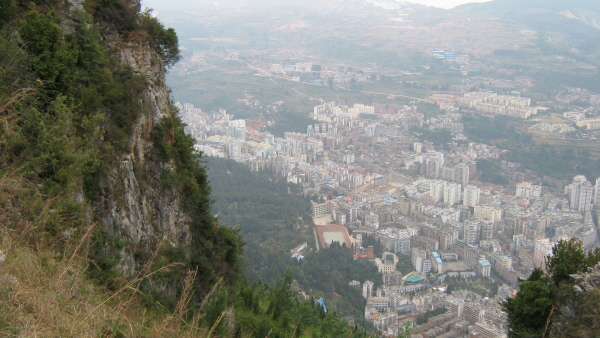 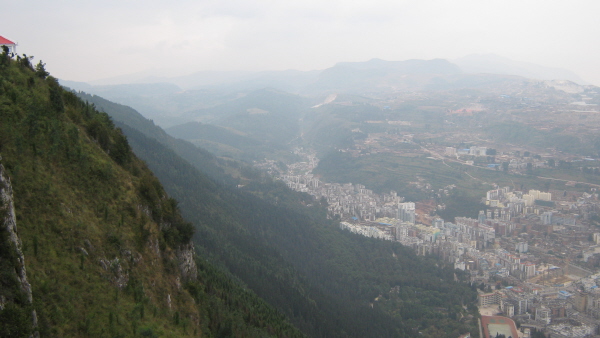 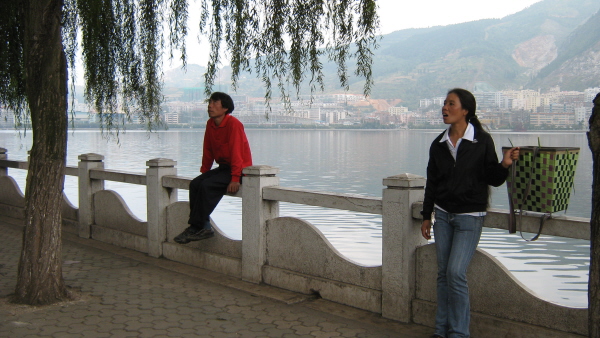 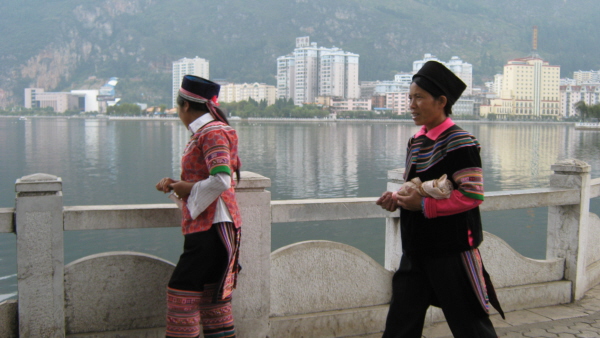 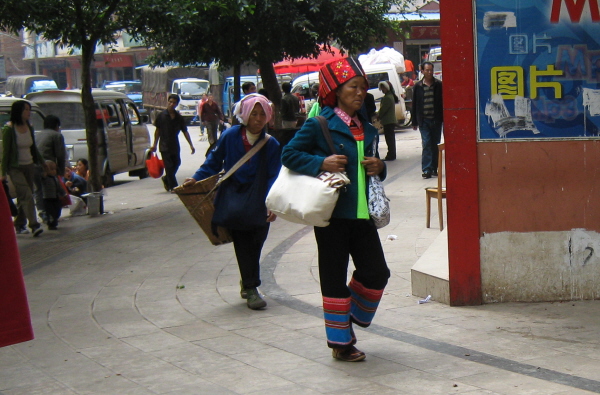 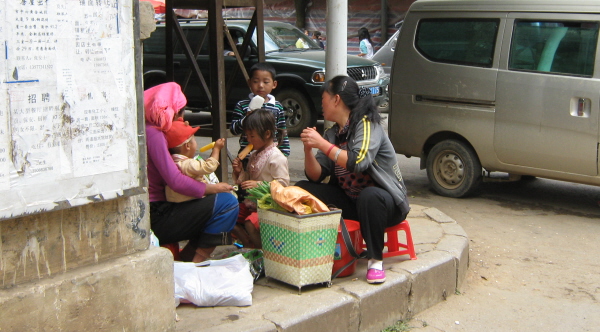 Time for one more lake? Head north on a bus, then across the Yangtse into Yi country.